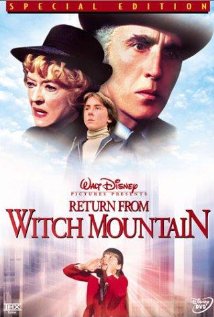 (If this is your first time on this blog, I ask you to read my “About” page first! You can find a link to it at the top left-hand corner of this blog. Thanks!)

Escape to Witch Mountain was a film that you just gotta love. It had charm, mostly good acting, and an interesting storyline. Sure, it was filled with plotholes, but the overall experience of the film made you not care much about them.

It wasn’t long before a sequel was made by mostly the same people who worked on the first one. Is Return from Witch Mountain as good as its predecessor or is it one of those sequels that just fails? Let’s find out!

And remember, SPOILERS AHEAD!

The movie opens up to a flying saucer landing in an abandoned Rose Bowl. Descending from the flying saucer are siblings, Tia and Tony, as well as their Uncle Bene. Kim Richards, Ike Eisenmann, and Denver Pyle reprise their roles from the first film as humanoid extraterrestrials. 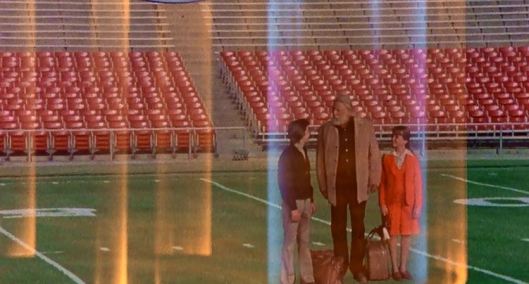 Or humans from outer space…as I feel is the best way to describe them.

Apparently, the kids have been spending so much time establishing their community on Witch Mountain (see the first movie) that they haven’t really gotten a chance to have a vacation and explore the city of Los Angeles. So, Uncle Bene just drops them off, tells them to have fun, and heads back home in the flying saucer. Just like in the first movie, we don’t really see much of Uncle Bene in this movie either. 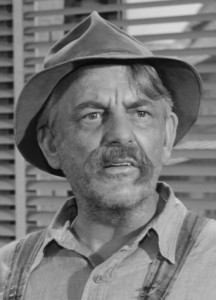 Tony and Tia head out to the city, but it’s not long before trouble starts. Tony senses (by his extraterrestrial ESP-like powers) that something bad is going to happen to someone not far from where they are. He tells Tia to stay where she is while he tries to find where the trouble may occur. He soon finds himself at a building near an empty alleyway with a man plummeting from the roof above.

Who is this man? Well, let’s back up a second. This man is named Sickle, played by Anthony James. He is the subject of an experiment by a Dr. Victor Gannon, played by the awesome Christopher Lee. 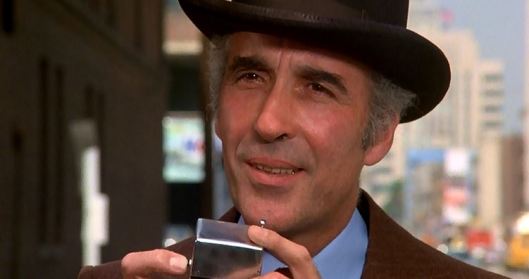 “So you have come here for information. I have some for you. “

Dr. Gannon is a scientist who has recently invented a sort of chip that when installed into somebody makes that person totally under the control of Dr. Gannon. When Dr. Gannon speaks into a remote control device of sorts, he can command the zombie-like person to do whatever he wants them to do.

To fund this project, however, Dr. Gannon needed money, so he sought the financial help from a wealthy gambler woman named Letha Wedge, played by Bette Davis. She provided Dr. Gannon with the necessary money as well as with her nephew, Sickle, to be the first test dummy. Dr. Gannon inserted the chip into Sickle instantly making him into an obedient zombie.

“I gave you the chance of aiding me willingly, but you have elected the way of pain! “

Dr. Gannon then commanded Sickle to climb to the top of the roof, which he did. But when something goes wrong with Dr. Gannon’s remote control device, Sickle accidentally walks off the edge of the roof and plummets to the ground. This is where Tony enters upon the scene. He uses his powers of molecular mobilization to cause Sickle to suspend in the air just before he hits the ground and land safely. Dr. Gannon and Letha (who are nearby) witness this amazing act and are in awe of what they are seeing. 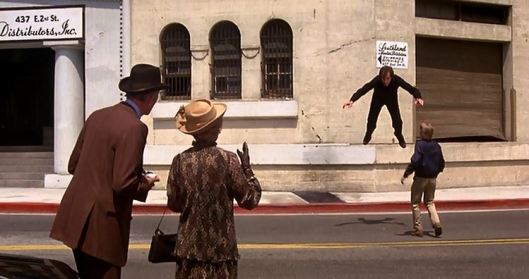 Dr. Gannon decides that he needs to have this boy for himself, so he sedates Tony and takes him back to his secret laboratory.

Meanwhile, Tia senses that something has happened to Tony and goes off in search for him. She soon comes across a gang of boys who call themselves the Earthquakes. They are hooky-playing kids who want to be bad, but really aren’t very good at it. They’re constantly being chased by the truant officer, Mr. Yokomoto, whom they call “Yo-Yo”, played by Jack Soo. 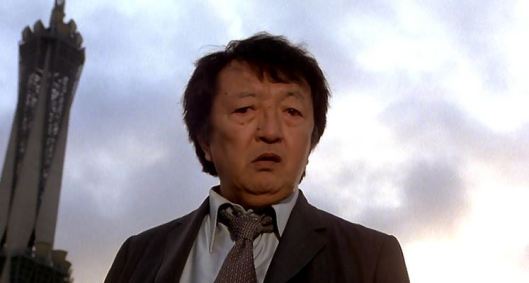 “When one hits Barney Miller fame, it’s not long before one gets cast in a Disney film…not sure if that’s a good thing though.”

If you’re like me and grew up watching classic Bollywood films, you probably thought of this too when you heard “Yo-Yo”.

Anyway, Tia saves the Earthquakes from being beaten up by an older gang of kids and in return, they befriend her and offer to help her find Tony. While they do that, they allow her to stay/sleep in their secret hideout which is a dilapidated, abandoned house.

Dr. Gannon has since inserted one of his chips into Tony and has gained complete control over him. He learns from Tony how he’s able to mobilize molecules and do all the science-defying things that he can. Dr. Gannon also has Tony perform some of these acts for him and we get to see that good ol’ Disney magic that we’re so used to seeing in Disney movies from this era. 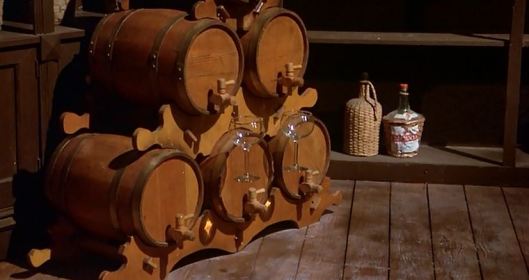 After witnessing all of this, Letha gets an idea. She plots with Sickle about using Tony for monetary gain. There happens to be a $3 million gold display at a nearby museum and she wants to use Tony to help her steal the gold successfully and efficiently.

The next day when Dr. Gannon heads out on some errands, Letha and Sickle take Tony with them to the museum. Once there, Letha (using the remote control device) commands Tony to make a diversion so that they can steal the gold. This leads to a pretty enjoyable scene with all the museum exhibits coming to life and just wreaking havoc with the security guards and other museum patrons. 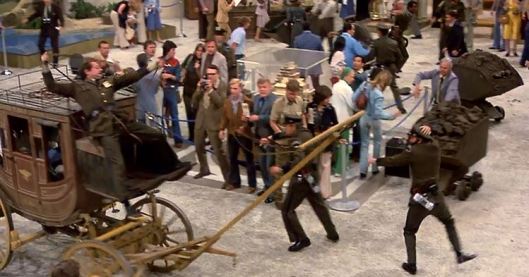 Who doesn’t love a good chaotic scene in a place that shouldn’t be chaotic?

Tia, although unable to communicate with her brother because of the chip, does get glimpses of what Tony’s seeing. From the objects around him, she and the Earthquakes conclude that Tony’s at the museum, so they head there. When Tia sees what’s going on, she uses her powers to counteract Tony’s and gets everything running smoothly as it should be.

Tia sees Tony, but Letha exits the museum with Tony before the two can have a chance to talk. Dr. Gannon has since returned home and after having discovered Tony missing has arrived at the museum to pick up Sickle, Letha, and Tony. They speed away in Dr. Gannon’s car while Tia and the Earthquakes hitch a ride with a passing Mr. Yokomoto and tell him to follow Dr. Gannon’s car because there’s another truant student in it. This leads to your standard Disney car chase scene that we’re used to seeing from Disney movies of this era. 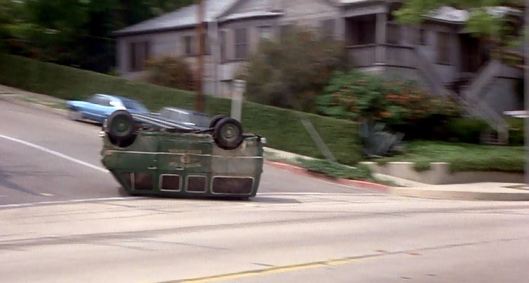 Dr. Gannon and his gang manage to escape from Mr. Yokomoto, Tia, and the Earthquakes. After scolding Letha for what she’s done, Dr. Gannon mentions that he has a plan that will give both he and Letha prestige and money. The next day, he takes Letha, Sickle, and Tony to a nearby plutonium plant and uses Tony’s powers to get into the secured plutonium plant and stop the cooling system from working. He then calls the scientists there and tells them to hand over $5 million to him in order to get the cooling system working again and to prevent an atomic explosion.

As the scientists rush to alert the authorities and amass the money, Tia and the Earthquakes discover what’s going on and head to the plutonium plant themselves. This leads to a climactic faceoff between the bad guys and the good guys and eventually a faceoff between Tony (who’s still under Dr. Gannon’s control) and Tia. Tia almost dies because of Tony, but notices the remote control device that Dr. Gannon is holding in his hand. She destroys the device giving Tony back his self-consciousness and free will. The two of them then get the cooling system working again and defeat Dr. Gannon, Letha, and Sickle.

The movie ends with the Earthquakes deciding to no longer skip school because they want to be as smart (and powerful) as Tony and Tia are, Mr. Yokomoto getting his destroyed van (from the car chase) fixed via Tony and Tia’s powers in an enjoyable piece of stop-motion animation, 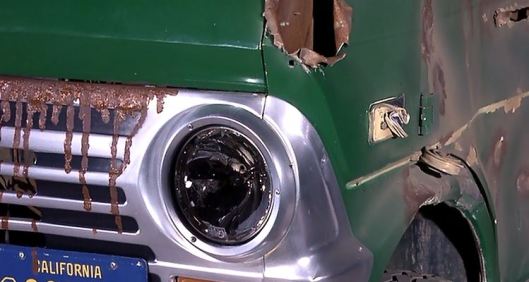 A still image can’t capture the awesomeness of it. You have to see it for yourself!

and Tony and Tia reuniting with Uncle Bene in the Rose Bowl and heading back in their flying saucer. What a vacation!

“You two had fun in LA, Tia?”
“Let’s just say that Tony was dazzled in LA and I went from place to place.”

And that was Return from Witch Mountain. Was it a good movie? Sadly to say, no, it wasn’t. This film severely lacks in the charm that the first film possessed causing you to notice the plotholes and simple writing more easily and to be more critical of the film. This is even sadder since this film was made by many of the same people who made the first film.

In terms of the acting, Christopher Lee is the only one who does a really good job and takes it seriously. Bette Davis sometimes delivers her lines well, but other times you can tell that she’s really bored with what she’s doing. The kids are just as bad as they were in the first film, but I still can’t hold them to it much because I can honestly see effort being put in.

The best thing about the movie is the special effects. They are extremely good and hold up very well to this day. This is one aspect that the filmmakers managed to bring over from the first film. Other than that, there’s really nothing else that I can say is good about this film.

(You can click on the image below for an enlarged version of my rating sheet.) 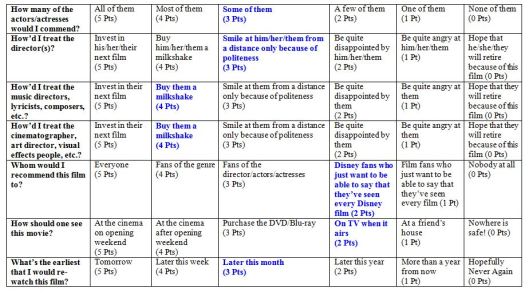 The next review will be posted on May 18th.